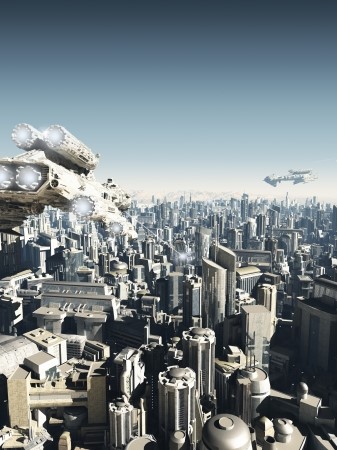 Houston, We Have Re-Entry

“Everything’s looking good, sir,” Reese Michaels swiped like a madman on a tablet in his hand while Jerry Johnson typed at a keyboard.

“So, we’ve got Managed IT services in Houston under control?” Jerry arched an eyebrow.

“As much as we can. I got us partnered with a couple other support providers in the area. Their systems were knocked offline, but their employees weren’t; we managed to Jerry-rig it.”

“Did you intend that pun, Reese?”

Reese’s eyebrows crunched. “But there is a complication.”

Jerry pushed back from his desk with a glance at the projected screen across the room. “What complication?”

“Remember how Bolden tried to act like nothing was going on, then grudgingly admitted he was trying to broker a deal with these extra-human hostiles?”

“Well, he was the rule rather than the exception. It appears IT networks are failing nationwide and succumbing to the malware. Only one in a hundred were smart enough to do as we did and keep away from the aliens.”

“Right. What I’m saying is, we’re a minority, Jerry. But it should be alright. I mean, our networks aren’t dependent on their networks, are they?”

“No, Reese, our networks aren’t dependent… but there’s a holistic nature to computational tech… the internet isn’t static, or it wouldn’t be worldwide. There’s a possibility we could face a dedicated attack from a cloud solution stratified across numerous networks. Managed IT services in Houston from HoustonTech offer:

…and many other cloud-related applications. If these extra-dimensional hostiles are able to stratify an attack across the business clientele base we serve from an exterior perspective which piggy-backs on other networks beyond our ability to control, they could overwhelm our systems.”

“We talk to Charlie. Call Charlie!”

“Not you, I was talking to my system— see the wall?” It was blinking with a text block in the lower left corner of the projection that indicated a call in progress.

Charles picked up within four rings, but didn’t have visual, so it was only an avatar portrayed by the projector on the far wall. “Chaz, I know you don’t run NASA anymore, but I saved your bacon for a reason. We think there’s going to be a dedicated attack from the hostiles sourced through other IT networks where malware was successfully uploaded.”

“With all due respect, if we’ve figured it out here, the likelihood is it’s going to happen at any minute.”

“Darn it, Jerry, I—” The line made a sound like a toaster and a blender getting electrocuted in a microwave. All the lights in the building died for a moment, then came back online.

“You were right, boss,” Reese said.

Jerry swore. “I hate it when I’m right! Reese, the only reason our lights would blink like that is if some substantial networking infrastructure across the world were compromised. That’s a bad sign.”

“This bad: at this moment, managed IT services in Houston may be the only services unencumbered by extra-dimensional control.”