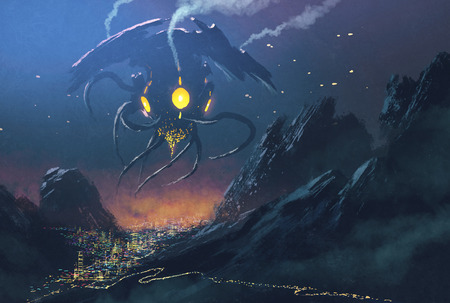 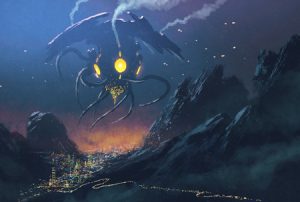 “IT services in Houston are being influenced by aliens!” Reese Michaels announced without preamble, positively exploding through the office door of Jerry Johnson, head honcho of the IT company.

“No, not the Russians! I mean space aliens!”

Jerry frowned. “I don’t know that I believe in space aliens, Michaels. I think it’s a ruse to usher in more sinister energies to an unsuspecting public. You’re sure it’s not the Russians? I mean have you read Radio Free Albemuth by Phillip K. Dick? Could be God.”

Reese blinked at his boss several times. “Okay, I’ll take infernal entities masquerading as the Russians over God, if that’ll make you come and check out what our IT team has found!”

“Boss, you haven’t even seen—”

“Blah blah, show me this discovery.”

“Okay,” and Reese led the way to the development floor, where one of the most highly advanced teams in Texas was working on cutting-edge IT services in Houston of a kind designed to revolutionize the industry.

On entry, Reese and Jerry found a room filled with some of the most advanced equipment in the country. Two massive screens were displaying contrasted signals that looked like nothing Jerry had ever seen. Reese was explaining even while boss Jerry took it in, “See, we were going over WiFi connectivity checks using new compression algorithms designed to increase security and utility at greater distances. Now you know we work in:

…and the application of the most cutting-edge available tech and developments to streamline technology development and production.”

“Of course, I know that! What do you think I started HoustonTech for, my health?”

“Look, I need to explain what you’re seeing on the screen! The signals are attempting— but not succeeding— to master four-dimensional representation. They’re transmitting a signal which incorporates space and time in order to mimic omnipresence! But it doesn’t quite succeed; it’s a few pico-seconds off, like the difference between the atomic clock in Greenwich and Boulder due to gravitational pull. You know gravity pulls on time, right? Time’s a physical property? The further you are from the Earth’s gravitational pull, the slower you age? Well this signal is attempting to piggy-back all WiFi in the area for a simultaneous implementation that— to me— looks like it’s geared at a takeover of some kind! The thing is, they don’t quite have the gravitation angle worked out, and so they’re stuck in a sub-dimensional space the same as we are.”

Jerry pursed his lips. “Well, have you triangulated where they’re coming from?”

“How’s this going to affect provision of our own IT services in Houston?”

“I smell a rat,” said Jerry. “Keep an eye on that signal, I need to talk to the boys at NASA. Send your summary of that signal and related information to my office so I can go through it!

And Jerry left the room at a jog.