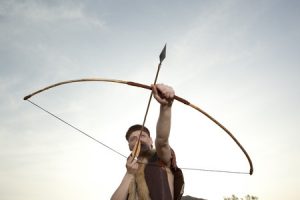 You Shouldn’t Be Fleeced By IT Providers

IT services providers in Houston should be looking out for the interests of their clients. They shouldn’t consider them an asset to be squeezed of all usefulness and discarded when empty. Unfortunately, many IT providers think this way. They’re only interested in client well-being so long as it serves their purposes. As a result, they introduce pricing structures designed to return the greatest money for the least output. In that respect, they’re like the Sheriff of Nottingham in the popular Robin Hood chronicle. They take from those who are already impoverished by IT difficulties. And where does that money go? Toward more concerted flaying of unsuspecting prospective clients.

You want to find an IT organization that’s the Robin Hood to these cumulative Sheriffs of Nottingham. The unfortunate reality is that the majority of IT organizations aren’t looking out for the best interests of their clients. They’re effectively robbing the poor to pay the rich. You want a group that does things the other way around. There shouldn’t be unrealistic prices and impossible contracts. IT services in Houston should be affordable— and clearly defined.

Try and find IT solutions that have accolades to recommend their service. You want a group that doesn’t just provide authoritative, affordable services; you want a group that extends their acumen to companies starting out in order to facilitate a positive upward spiral. Look for:

Organizations that excel in the innovation of technology will reach a point of profitability wherein they’ve acquired dispensable assets that can be used to help others develop positively. When a tech company reaches this particular level, they’ve got the option of going two directions: they can sit on their assets like a bunch of misers in a 14th century English tower, or they can encourage the proactive development of technology in their local community. The former will tend toward acrimony, enmity, and dissolution. The latter will tend toward growth.

There’s a great analogy about money floating around out there. Money is like fertilizer— if you pile it up and keep it in one place, it stinks, attracts flies, and is generally disgusting. But if you spread it around, it helps things grow. As a matter of fact, without some form of fertilizer, it’s difficult for anything to grow. A desert remains a desert if nothing can take root.

Ask yourself: is the tech organization you’re considering the type that hordes its assets and only lets out a trickle here and there to advance itself, or is it the type which spreads wealth around and facilitates growth?

HoustonTech has spent years facilitating IT services in Houston. We’ve done well enough to be named one of the top ten tech incubators worldwide by Forbes magazine. We’ve also been named one of the 12 business incubators that’s changing the world, and we’ve gotten to the point where we can function as a 501 (c)(3) nonprofit organization. At HoustonTech, we assist entrepreneurs in a number of key sectors. Our technological influence has extended to NASA applications that have literally changed the face of technology. It’s taken a long time for our organization to become leaders in technology and entrepreneurship, and one reason we’ve attained this position is our attitude. We want to be Robin Hood, not the Sheriff of Nottingham. For IT services that won’t fleece you, contact us today!