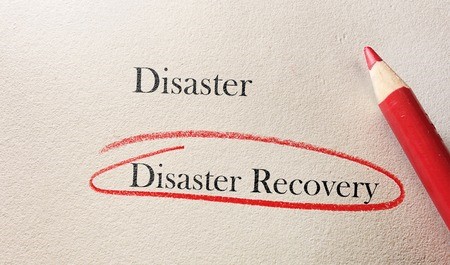 Defining The “Disaster” In Disaster Recovery 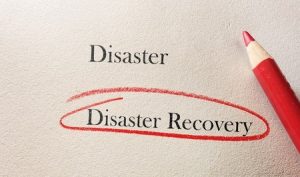 IT support in Houston may define that which is a “disaster” differently than your business. A tornado, hurricane, flood, economic crisis, war, or political campaign which affects the finances of a given constituency are all things which classically constitute a “disaster.” Yet when it comes to IT, there are a number of additional definitions which comfortably rest under the penumbra of this word. Additional “disaster” definitions pertaining to IT include:

IT support in Houston can configure, install, update, and upgrade systems. But it doesn’t matter how well such MSPs do their jobs, or how well you do yours— sometimes, systems are simply going to fail. Maybe a mainframe got jostled by a minor earthquake. Maybe a microchip wasn’t correctly designed and malfunctions during a critical operation. Whatever happens, you can bet such hardware failure is going to happen at some point. If you haven’t sourced some kind of solution for this proactively, you’ll be caught flat-footed. The best internal IT divisions will be able to source solutions for you, but the cost will be greater than using an MSP, especially if the MSP installs a hardware solution for which their responsibility is implicit for client retention. While this may constitute a minority of fixes from an external services provider, it will create absolutely no fixes internally.

What if you’ve got an air conditioner installed in your building which is older than the CEO? What if that AC unit starts leaking and the fluid falls on a primary internal mainframe? The failure of your internal mechanical systems would facilitate failure of internal hardware systems. It’s like a chain of dominoes that are too expensive to marvel at, but may receive a few choice expletives. You want IT support that can help you in times of disaster emanating from such internal mechanical failures.

People mess up, even if they’re incredibly professional. You think Tom Cruise doesn’t trip on a stair every now and then? If he does that during a movie, the take may require scrapping and another may become necessary. If the take took five minutes, and there are 200 people on set working to get the movie shot, if they’re only costing a dollar every minute, that’s $1,000. Do you think the expense would be so low? No, it probably wouldn’t, would it?

Your business is likely doing things which are much costlier than those involved in many films. But human error is still going to happen, especially with regards to IT. All you need is some techie to get tired and close a window on one side of his laptop, when he meant to close one on the other side. The lost data could predicate a day of catch-up. Meanwhile, if you’ve outsourced to an MSP, suddenly they’re responsible for rectifying their own errors, and you’re saving money.

Getting an MSP To Help Curtail Disasters

IT support in Houston through HoustonTech can simultaneously help you prevent common disasters, while saving money when certain errors become our responsibility correct. Contact us for service solutions designed to increase profitability and save you money.